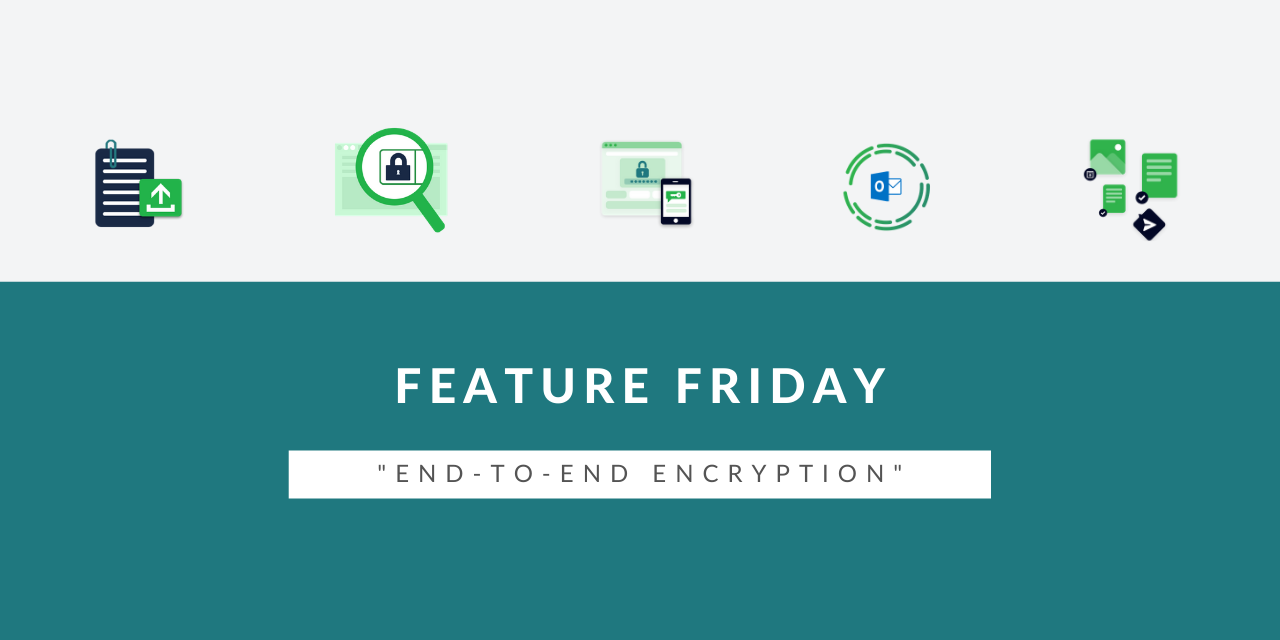 Behind the scenes, we are working hard on our Intelligent Data Protection Platform. To keep you informed on all developments, we will share a (new or updated) feature every Friday in our “Feature Friday.” Today we'd like to dive a little deeper into end-to-end encryption, a method SmartLockrs uses to communicate in a secure way.

What is end-to-end encryption?

End-to-end encryption is a way to encrypt messages, where only the communicating parties will have access to the message. When we look at email, this means that the complete email - both email body and files, will be encrypted.

As the word says, from the moment an email is sent, to the delivery: end-to-end. An email client, let's say the man in the middle, just passes along the message, without having access to it. Its only purpose is to make sure the secured messages will be delivered to the authorized recipient: this is the person who is able to read the encrypted message since a key to decrypt the message is sent along with the message itself.

Encrypting messages is nothing new, but it was time to revise the existing extent of safety. In early stages of encryption, there was only focus on securing the connection between sender and receiver. This means that messages were sent in a secure way, but only to a certain point. If someone could get access to the message - during sending - there was a big chance that the information in that message would be exposed. And that is something which is not helping exchanging messages in a secure way.

End-to-end encryption enables the safe exchange of a message, where the content is only visible to the right recipient.

The goal of end-to-end encryption of emails is quite clear: with the right security, we can block access to unauthorized people. But, what about the one processing these emails, like the software that is used?

SmartLockr secures messages with end-to-end encryption and on top of that, it uses zero-knowledge.

Read more: How SmartLockr encrypts data, and transfers and stores data with encryption

This means that messages will be sent via SmartLockr, without releasing any content of that message. SmartLockr only adds an extra security layer to the message, before it will be sent to the recipient. Think of it as a box with fragile things: the box doesn't need to be opened, in order to send it further with better packaging. It just passes, gets extra security measures and then it's ready to be sent.

This also applies to emails: SmartLockr doesn't have access to the message, but it's able to add this extra layer before it will be delivered to the recipient.

End-to-end encryption enforces the encryption of a message. If the message will fall into the wrong hands, during sending, the actual message will not be readable. Only those with the right keys, to decrypt the message, will be granted access to the message. It makes sure only the sender and the authorized recipient will have access. 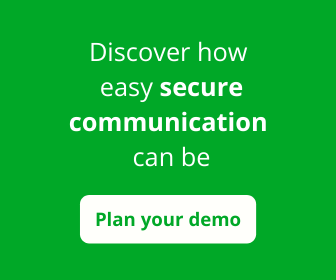